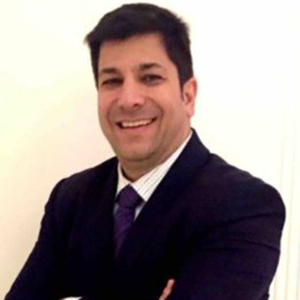 Rogério joined Monsanto in 1993 as Chemical Engineering Intern, in 1994 he became a Process Engineer at the São José dos Campos plant. He worked in different positions of increasing responsibility in SJDC and in 1998 he accept the Camaçari DSIDA Manufacturing Manager position during the Greenfield Project phase. In June 2000 he was relocated to the Zárate, Argentina Plant on an international assignment as AG-Chem Manufacturing Manager until January 2003, when he was transferred to El Cerrillo, Mexico as Plant Manager, accumulating AG-Chem operations responsibilities over Latin America North (LAN). In June 2004 Rogério returned to Brazil as Camaçari Plant Manager, until January 2006 when he left Monsanto and joined Canexus Brazil (Canadian chemical company, based in Vitória – ES) as Operations Lead until December 2008. In January 2009 Rogério returned to Monsanto to assume the position of Plant Manager at SJCampos Plant until April 2010 when he accepted a cross-functional assignment to lead the INTACTA RR2 PRO pre-Launch in Brazil as Marketing Manager until July 2012 when he accepted the Crop Protection Business Director position up to September 2013 when he accept the Brazil Supply Chain lead role. In February 2016 Monsanto decided to implement 4 Global Hub location and Rogerio was invited to lead the South America Supply Chain Organization.